Drug Testing in the Work Place

URINE TEST
(I sure would like to know who wrote this one! They deserve a HUGE pat on the back!)
Like a lot of folks in this state, I have a job. I work, they pay me. I pay my taxes and the government distributes my taxes as it sees
fit. In order to…
Continue

Here are 10 Chinese words discussed in our chat section for January 18, 2008… $20 Website Review Contest
Theme: Explore this small website and send your review. You are free to express your feelings. Tell what you liked most, what made you disappointed, which features delighted you or ... just anything!
Open to: Anyone of any age living anywhere!
Deadline: 31 October 2008
Prize: $…
Continue

Are you ready for GlobalNetMarketing?

Global networking links people worldwide,via networking,
using our vast database, using the Internet, via blogs and forums.
Our personal service is constantly evolving and linking customers in
the network

We are able to assist you with
troubleshooting, uncovering and investigating scams on your behalf.

We have the people AND the tools.
We specialize in investigative analyzing and research.…

India is one of the oldest countries in the world, with a recorded history going back to 3000 years and archeological artifacts going to 5000 years BP. 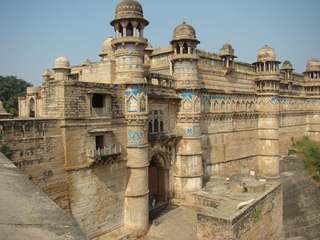 Thousands of large and small kingdoms developed in this region that was known as "Indus" and which eventually merged with each other to become India.

Write the acceptance tests (meaning any tests needed beyond unit and integration tests: system, functional, end-to-end, performance, security, whatever) during the planning phases of the project, rather than after…

Testing the Documentation by André Vondran - This is a MUST

Whether or not you attend the meetings, you can add value to the project by ‘testing’ the documentation.
This isn’t an XP concept, but it is linked to flushing out hidden assumptions during XP planning games.
One way to test documents is to read through the document, writing a list of assertions.
For example, maybe you’re reading requirements for an order entry system and have come up with these assertions:

This is often followed by the development team producing…

Earlier in this article I referred to the values by which XP teams develop software.

Some people have added their own values to this list – the one I liked best is ‘enjoyment’.
Extreme Programming is the only ‘official’ agile method I have actually practiced, but from what I have learned of agile software development in general, you can always turn to these values for…

XP Testing Without an XP Team, By André Vondran

After my rewarding, if challenging, experience as a tester on XP teams, the bad economic times caught up with me and I had to take a job back on the "dark side".

Oh, my new company was great and they were interested in XP, but they were a tiny shop with a huge job to do and it felt to me like barely controlled chaos.

My initial attempts to apply XP practices, such as having daily XP-style stand-ups with my test team, were disasters. I just had to hunker…

The Nature of XP Testing, By André Vondran

The biggest difference between XP projects and most ‘traditional’ software development projects is the concept of test-driven development. With XP, every chunk of code is covered by unit tests, which must all pass all the time. The absence of unit-level and regression bugs means that testers actually get to focus on their job: making sure the…

Here are some activities testers perform on XP teams.

•Negotiate quality with the customer (it’s not YOUR standard of quality, it’s what the customer desires and is willing to pay for!)
•Clarify stories, flush out hidden assumptions
•Enable accurate estimates for both programming and testing tasks
•Make sure the acceptance tests verify the quality specified by the customer
•Help the team automate tests
•Help the team produce testable code
•Form an…

How XP Testing is Different By Andre Vondran

I found that XP testing was different in many ways from ‘traditional’ testing. The biggest difference is that on an XP project, the entire development team takes responsibility for quality. This means the whole team is responsible for all testing tasks, including acceptance test automation. When testers and programmers work together, the…

What is Agile Testing ? By Andre Vondran

Historically, testing has always been about finding where the software breaks. In fact, when we talk about the qualities of a good tester we quote anecdotes about how "she was able to break my program in 3 minutes" or that "he found 27 bugs when running on Linux…

In the rocket-fast late 90s, I struggled with using traditional software process and testing practices on e-commerce applications. Then I read Kent Beck’s Extreme Programming Explained and had an amazing ‘aha’ moment. Ron Jeffries sums it up best:

Extreme Programming is a…

Ron Paul's Campaign is Picking Up

The presidential campaign of Republican Ron Paul appears to have started picking up. Paul has been winning debates and his popularity appears to be growing. Besides, Paul also seems to be
registering a growing presence on the internet, with support for his
candidacy finding expression in various blogs, postings, and online
polls.

Online polls are, however, not always the most reliable indicators of popularity for a candidate, There are many other factors
at…