Google Trends is an excellent database that can provide you with valuable information to use in your Internet marketing campaign. Not only is it free but it’s based on the Google search engine, which if you don’t yet know, is being used by almost 70% of Internet users.

Using Google Trends is easy and fast. Let me tell you how we use it in our Internet marketing firm.

I have been working hard updating and converting much of 10 years worth of web work into Google Knol's. I'm enjoying the publishing tools - so easy to use. The Knol format is fitting nicely with my pages and I'm feeling enthusiastic about Knol in general. As with anything there will be some spam and rather useless knol's, but as with anything the cream will rise to the top. I have seen more great and informative knols, well done by people who obviously have some experience with online… Continue

As an SEO webmaster, I am continuously “scolded” by copywriters. I don’t mean Internet copywriters, I mean copywriters, those who write for print. “Writing for websites”, I tell them, “is not the same as writing for print.”

I’m not writing for SEO, I’m writing for the readers! I’m not manipulating my words just to meet some SEO rules.

That’s the usual response I get, something like that. And I…

2LifePeople.com is a brand new social netwoking community for Second Life and other Virtual Worlds. It is all about the social community! This site supports the new Google OpenSocial Platform. Second Life gives you many options and ways to communicate with other people who love the virtual world. Meet new people and live life. Join up today!

Of course, with all the news about the “economic meltdown” it’s hard to NOT think about how SEO is being impacted by this economy. I firmly believe though that more and more businesses will be looking at their SEO campaigns - or starting one - as they realize the low costs that are associated with Internet marketing. And not only the low costs, but the long lasting effects.… Continue

Google $10,000,000 idea Project 10th to the 100th
Why this project?
Never in history have so many people had so much information, so many tools at their disposal, so many ways of making good ideas come to life. Yet at the same time, so many people, of all walks of life, could use so much help, in both little ways and big.

In the midst of this, new studies are reinforcing the simple wisdom that beyond a certain very… Continue

If the economy news of last week (and today) have you worried about your outgoing expenses, consider replacing some traditional advertising with SEO services.

SEO - aka Search Engine Optimization, is an extremely affordable and cost effective method of advertisement. And if your SEO firm is any good, they’ll not only advertise your website, but they’ll also help you… Continue

I am happy to announce the launch of my blog-magazine on Google Knol - Knol Today.

Any KnolStuff members want to join as an author? Please let me know if you do :)

Butterflies and other technical stuff :)

After another busy day at work I found myself posting another article, in my site - The Swamp! regarding the general stupidity of people when it comes to computers, and me trying to explain the difference between Auto-Complete and your address book :)

Anyhow, that day ended in a nice, sunny afternoon taking photos of the mating of a nice, rare butterfly in Israel, So Enjoy the pics:…

Creative internet marketing strategies help you to stand out among your competition. And with millions (over 5 million) new websites being indexed every single day, you need all the "standing out" you can get! Following are some ideas on how you can begin thinking outside of your website box and implement some low cost (and sometimes free) creative internet marketing strategies.

1) What does your market want?

Take a look at your website logs, look at the… Continue

The benefits of local search are growing and growing.


Why? Well, there's a few reasons.

1) The local engines are spending more dollars on advertising themselves.

4) The main search engines like Google and Yahoo… Continue

Why you should seriously begin considering adding a .mobi to your Internet campaign.

If you've been reading my newsletter, TheSEOLady for the last few months then you know that I've been talking and promoting that every website owner should have a .mobi website in addition to their regular .com or .net or .org websites.

Last week, in The Economist, there was an article titled… Continue

Traffic, traffic, it's all about the traffic!!

As an SEO firm, we get calls from all over the country almost every day from website owners looking for more traffic to their websites. Many are under the impression that the more traffic the better, no matter what kind of traffic it is.

Maybe that's how marketing works for brick and mortar… Continue

As the owner of an SEO firm, Eckweb Designs, Inc. I am well aware of the importance of SEO responsibilities, by my firm and from my clients.

I just finished the monthly SEO reports (I know, I'm a day late) for Eckweb. I reviewed 71 websites and the results always impress me. I'm not saying these reports are all showing increased rankings and traffic or increased conversions. What I'm impressed by is the correlation…

Chateaux and Castles in Paris and France 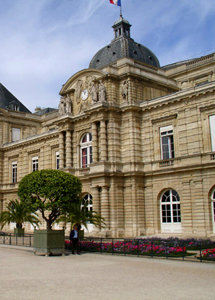 With so many different chateaux and castles all over France, it can become a problem to decide on which one to go and see first!

So where do you start, what about the Loire region with fabulous castles such as the Chateau Chenonceau, which is the main area that people think of first, with fabulous… Continue

Getting Top Ranking on Google

Getting top rankings on Google is not as impossible as it may seem. It depends, of course, on the keyword phrase you want to get top rankings for. But one factor that often gets overlooked when websites pursue top rankings is the incoming links. Whether it's one way links or reciprocal links, incoming links play a very important part in gaining those precious top Google rankings.

So, with that in mind, let's perform an experiment.