I will try to share here my knowledge based on my work experience and professional interestings, so mainly in the areas of software design, development, testing and integrations, telecom technologies and other. I'm working on the first post about applying some IT technologies in development of telecom services. 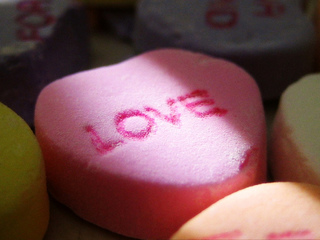 I was worried so many times because of low traffic on my chemical and process engineering blog. But after referring many SEO articles I increase the quality of my articles and linked with many web sites. Now my traffic is increasing.

Doctors, please help! There is a way to stop the internal hemorrhaging caused from having inherited Ehlers Danlos syndrome. Unfortunately, I can no longer buy it since the laboratories in the USA, France and Spain have stopped producing Reptilase. If enough of you ask the laboratories to start manufacturing it again, we few hundreds of thousands of people that have inherited Ehlers Danlos syndrome passed down…

Is KnolStuff yet another online network?

Yet another online network?

This was the very first question came to my mind soon after i visited this "KnolStuff" and its "About" page. Looks like one more online network such as orkut, facebook etc., But after seeing this term "encyclopedia" there was an another question, google aims to compete "Wikipedia" now?

Not to deny, wikipedia has consistently been the excellent source of knowledge. Though i am yet to explore this knolstuff fully and not very sure about its…

First and Test Blog in KnolStuff

First and Test Blog in KnolStuff.

Thanks to my friend Gangadhar Karadi for letting me know about this KnolStuff today morning (30Dec07) in GTalk. :)

this topic is to discuses the Future Trading in market.

Imagine this: you bought Reliance Petroleum (RPL) shares at Rs 280 thinking it would climb to Rs 300.

It has been almost three years since I last visited. I thought things would be different. I thought things would look more... commercialized. But as the Crosswind entered the town a part of me was at awe to see that the place is still sleepy. Time seemed to pause in this place. There are no malls, no flashy party places, not even a simple watering hole. Normally… Continue

Here many links to television's channels 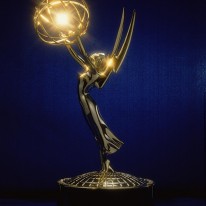 The weather and fibromyalgia

You knew it! Now it has been demonstrated scientifically. Fibromyalgia patients feel more aches and pains in cold and damp weather. Researchers had 955 patients with number of different problems like arthritis and fibromyalgia fill out pain logs. Their conclusion: "In our study as well as in literature we found that a high percentage of patients (70 percent) perceived that weather conditions influenced their pain and disease. Fibromyalgia patients seemed to be strongly influenced by weather…

One of the problems that many people with fibromyalgia face is that there are no tests that definitively show that you have fibromyalgia. However, what scientists have learned quite a bit about what causes fibromyalgia what goes wrong to create whole body pain. There are some genetic factors that have been shown to be related to a higher risk of getting fibromyalgia. In addition, stress can be a factor, including physical, like car accident,…

Dopamine is a chemical in your brain that is used to send messages to the nerve cells or neurons in your brain that control your muscles. James Parkinson figured out in 1817 that the tremors and speech problems seen in what we now call "Parkinson's disease" were improved by giving dopamine. Before that, people with Parkinson's disease were sent to mental hospitals (because doctors then thought if you can't figure out the cause for a disease, it must be "all in your…

5 more days and this year will be over. A new year will come. It will bring new hope, new promises and new dreams. It will come with the tag line, "Hey You! Stop whining about the past and start singing the anthem of the future. Cuz the future is here".

2008 is going to be a vital one for my life. As I will have to decide too many important things by this year. It has been some time since I stepped into this programming world. This coming year, I am planning to expand my boundaries… Continue