I have been programing since people used slide rules. I am interested in knowing more about uses of Mashups like Knol and BAE Pages. Is anyone using it on an intranet?

In my first post I am comparing the typical article structure found in wikipedia and the proposed by Knol. I am also proposing an initial set of suggestions to improve the structure proposed in knol. It would be interesting to include a group named as "Suggestion Box" where content authors define their needs and improvements.

No, I haven't dropped off the face of the earth. Au contraire I have been suspended in air and I'm accumulating Mabuhay Miles living on plane food and passing time listening to my Lauryn Hill doo wop me off my boredom. I couldn't get online for a couple of weeks because I have been traveling and spending time with my father, the Colonel.

This Miles thingie is getting to be an addiction. Everytime the Colonel would tell me we're flying somewhere the first thing that pops in my… Continue

i want to get the 360 but i am not sure because i had one of the first 360 i liked it but it broke and it took for ever to get it back, then i sold to get a ps3, i like that alot though. what should i do? but i want to keep the ps3.

A Blog! Cool, I could use another venue on the net to have little rant's, publish reviews & reccomendations, pontificate and debate!

Well a little about me! I am currently building up my income from various online publishing and the like. One of my current favorite ways of doing this is by writing articles on Squidoo, today I have been writing one on Chess Variants, based on an article I wrote on different chess rules a… Continue

The current action taken by members of the online community against the church of scientology (btw I got the incorrect spelling of scientology for not capitalizing it. WTF!!! I will never give it the dignity of being considered important enough to be capitalized) is the best step that has been taken against the cult. And yes, it is a cult. All you do is pay to be brainwashed until you kill yourself or they do.
The fact that this cult has been ruining people's lives for 50+ years now was… Continue

A History of Stair Rods - Jewelry for the Stair

A common sight throughout the Victorian Era and into the 1930’s, stair rods were a functional part of home decor and another flourish in the exquisite detail associated with homes built during that time period.

Before the days of non-slip pad and tack strip, stair rods were used to hold stair runners in place. They allowed homeowners to periodically move their runner to evenly distribute wear over carpet. Stair rods also allowed removal of runners for cleaning before the convenience…

'Life is too short for manual testing' By André Vondran

My experience as a tester shows that the nastiest bugs are often discovered by manual testing. But when you do discover them manually, the best strategy is to write automated tests for them, so that you'll check your application in that particular area…

Many of the tests that currently use browser-driving tools like Selenium, Watir…

What is agile testing? Put simply it is the close collaboration between the test writer and the developers to ensure test scripts can both be rapidly created and are robust.…

Q1: Why use Agile methods?

Because they work. If they don't work in your organization, there's no reason whatsoever to use them—certainly not so you can brag about being "agile."…

We are from Navicat!

By Premiumsoft. Navicat MySQL GUI Admin Tool is a powerful yet easy to use MySQL client provides extensive functionality for managing and developing MySQL. It features an intuitive interface and provides a set of useful tool to import/ export, backup/ restore data, Synchronize database and connect to remote MySQL server, etc.
Navicat MySQL GUI for Window version. 8.0.22 is the latest iteration of the database management tool that offers more than 100…

I am ready for love! 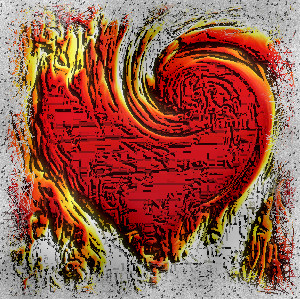 Artwork Provided by EmilyJ (offspring of the Digital Signage Forum)

I know, I need more website updates like I need another tradeshow— BUT we do love holidays over here at the …

Art for the Floor?

Art for the floor? But of course! There are so many inspirational ideas to draw from especially if you are having a custom rug made. A custom rug is a one of a kind area rug, and can be Art that you walk on. At Rug Rats we have been inspired over the years to draw from many artists and the pool of ideas is endless. Our favorite is Henri Matisse. You can see his influence everywhere, especially in furniture and fabrics. In Matisse’s later years he gave up painting to create art by paper…