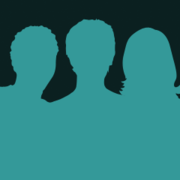 Anything other than western medicine. Alternative Medicine may be the mainstream medicine for other cultures yet considered alternative to those in the US

Smoking tailpipes show how some don't care about the pollution here.

Any car, bus or truck that generates smoke continuously from the exhaust pipe(s) for more than five seconds is in violation Florida Statute: Chapter 316.2935.

Please contact your police dept and insist they enforce this law. When I called they didn't even think there was a law against this serious pollution source! They need to hear form you. Go to council meetings and tell them you want them to tell the police to enforce this law. It will make a huge difference in air quality if its enforced.

More than 220 million Americans breathe air that is 100 times more toxic than the goal set by Congress 10 years ago, according to figures calculated by the Environmental Defense Fund. And for 11 million people, the cancer risk from their neighborhood air is more than 1,000 times higher than Congress's goal, the group says.

EDF scientists based their findings on estimates of toxic chemicals in local communities' air from the Environmental Protection Agency Cumulative Exposure Project. The project used data from 1990 to estimate the concentrations of 148 separate chemicals in the air of every census tract in the continental U.S. (A census tract is a small area with 4,000 to 5,000 residents. The U.S. includes more than 60,000 census tracts.)

With the numbers from the EPA, EDF calculated the associated health risks for each community.

"The numbers show that cars, trucks and small businesses tend to be responsible for much more of the air's toxicity than is generally recognized", said EDF attorney David Roe.

The estimates are comparable to measurements taken as recently as 1997, the group says.

Of the air cancer risk calculated by EDF for the U.S. as a whole, 60 percent is from mobile sources and 26 percent from small business 'area; sources, with the remaining 14 percent from industrial 'point' sources.

The District of Columbia, for example shows a higher per-capita cancer risk in its air than any of the 50 states despite having virtually no major industrial facilities, says EDF. Car and truck traffic and the Ronald Reagan National Airport were its main sources of air toxics.- from http://healthandenergy.com/air_pollution_and_cancer.htm

* In response to a lawsuit filed by the American Lung Association, the U.S. Environmental Protection Agency in July 1997 set a new stricter ozone standard of 0.08 ppm averaged over an eight-hour period. Compliance is based on the fourth highest reading per year averaged over three years.

* The EPA is expected to designate ozone nonattainment areas for the new 8-hour standard in early 2001. However, based on 1994-96 monitoring data, the EPA has determined that a total of 270 counties in 33 states will violate the new standard. An estimated 117 million people living in those counties are at risk from the health effects of elevated ozone levels.

* In response to an industry lawsuit, the Court of Appeals for the D.C. Circuit in 1999 ruled that the 1997 national ozone standard could not be implemented. That decision is currently being appealed to the U.S. Supreme Court by the U.S. Department of Justice and the American Lung Association.

* Ozone levels typically rise between May and October when higher temperatures and the increased amount of sunlight combine with the stagnant atmospheric conditions that are associated with ozone air pollution episodes.

* To reduce ozone air pollution, the American Lung Association supports the use of stringent controls on motor vehicle and pollution emissions produced by the commercial and industrial sources of the hydrocarbon compounds and oxides of nitrogen that form ozone. These controls include:
* stronger pollution control requirements for new motor vehicles
* cleaner fuel standards, including diesel
* cleaner diesel vehicles
* improved in-use performance of existing pollution control equipment
* stricter pollution control requirements for power plants, including those that will bring older power plants up to current emissions control standards

* Ozone acts as a powerful respiratory irritant at the levels frequently found in most of the nation's urban areas during summer months. Ozone exposure may lead to:

* Long-term, repeated exposure to high levels of ozone may lead to large reductions in lung function, inflammation of the lung lining and increased respiratory discomfort. The EPA estimates that 5 to 20 percent of the total U.S. population is especially susceptible to the harmful effects of ozone air pollution.- from American lung association website.

You need to be a member of Alternative Medicine to add comments!

Comment by Stephanie Fischetti on June 26, 2009 at 10:08am
I heard that eating a handful of macadamia nuts daily prevents seizures in people suffering from epilepsy.

Comment by Stephanie Fischetti on May 28, 2009 at 3:24pm
I have heard a story told by a woman who drank pomegranate juice and reported that drinking pomegranate juice successfully cleansed her arteries of plaque, clearing up her arteriosclerosis. I would not suggest pomegranate juice for people who suffer from stomach ulcers or diabetes, because is is a fruit juice with fructose in it, and it is pretty acidic.

Comment by Stephanie Fischetti on April 22, 2009 at 11:15am
Florida anise, a native florida shrub, has a licorice flavor to the leaves when they are steeped in hot water. This plant was used by native americans medicinally. It seems to help relax the bronchial tubes for easier breathing when there is chest conjestion.